Building a custom home gives you complete control over every aspect of the design. There are dozens of architectural styles to base your custom home on, from historical approaches to modern interpretations. Look around the country and you will see nearly countless options. In the northeast, Colonial and Cape Cod style homes dominate neighborhoods, whereas you are more likely to see arts and craft cottages and ranches out west, and Greek revival homes down south. The beauty of creating your own custom home is that you can pick a style that matches your tastes and needs.

There are many considerations that go into what will work best for your home. Some climates are better suited for certain home designs, whether because the typical roof pitch is appropriate for a snowy winter or because the style’s quintessential courtyard offers those in sunny climates to enjoy indoor/outdoor living. You also want to consider the surrounding landscape and neighboring buildings when picking a dominant architectural style for your custom home. Work closely with your architect to find the perfect style for your custom home. A good architect can even mix and match aspects from styles that appeal to you.

Modern architecture emerged in the first half of the 20th century and became a dominant style in the aftermath of the Second World War. New advances and experimentation in construction technology, especially the easier use of glass, steel, and reinforced concrete, pushed this architectural trend forward. Modern architecture was inspired by the historical art movement of modernism and was a rejection of the traditional neo classical architecture that had been popular throughout the 19th century.

Characteristics of a Modern Home:

Modern homes are often boxy and geometric with a flat roof and have a dramatic curbside appearance. Their material components are typically glass, steel, and concrete. And the use of solid, white walls is a very common feature of modern homes. Floor-to-ceiling windows are a common feature in many modern homes, as are unusual exterior features. On the interior, modern homes make use of an open floor plan. Modern homes focus on function over design, and clean, geometric lines are again repeated throughout the interior design.

Example of a Modern Home:

Ludwig Mies van der Rohe’s Farnsworth House is one of the most famous examples of a modern home. Built between 1945 and 1951 in Plano, Illinois as a country retreat, this modern home shows many typical characteristics of modern architecture. It has a simple, boxy shape with large, continuous floor-to-ceiling glass walls and doors spanning all sides of the home. It is painted in a stark white, juxtaposition the brightly colored nature which surrounds it. On the inside, the home seems to be one large open room, cleverly configured into separate zones.

Victorian style homes were born out of the freedom afforded by the industrial revolution, as new technologies gave way to building techniques capable of such elaborate details. This architecture emerged between 1830 and 1910 during the reign of Queen Victoria. Common sub-styles include Gothic revival, Italianate, Second Empire, Queen Anne, and Romanesque style.

Characteristics of a Victorian Home:

These homes often have complex floor plans with series of rooms scattered around. The benefit is that you can arrange rooms across the 2 or 2.5 floors as you desire. Irregular room shapes offer plenty of opportunities for bay windows, cozy seating, and intimate dining areas in the home’s unique shape, caused by towers and turrets, means it has an abundance of windows. The large porches that wrap around the home allow for indoor/outdoor living and can be connected to multiple rooms.

Example of a Victorian Home:

This Victorian home in New Haven, Connecticut is done in classic Gothic Victorian style. Known as Chetstone, the recently restored home was originally built in. It has 4,355 square feet of living space throughout its 3 stories. Meticulous details can be found throughout, from the decorative exterior trim to the interior woodwork and built-ins. The home has grand porches and is decorated with period appropriate finishes, including marble fireplaces and gas lamps. It even has an antique wood-and-rope elevator. There is also a cozy tower room that would be perfect for a home office or reading nook The Cape Cod home originates in 17th century New England and has gone through periods of revival since. The style was adapted from half-timbered English houses with a hall and parlor. Settlers in the area adapted this to homes suitable for the stormy and cold northeast winters and utilized natural local materials.

Characteristics of a Cape Cod Home:

A classic Cape Cod style home is a smaller home with a simple symmetric design. They are generally 1.5 stories with a moderately steep pitched roof with gables and a large chimney, generally in the center of the home. Stylistically, Cape Cod homes have little ornamentation and are commonly covered in cedar shingles or clapboard. They tend to have window flanking a central front door and double hung symmetric windows with shutters. The shape of this home typically means there is a formal, center-hall floor plan, with a master suite on the ground floor and additional bedrooms upstairs.

The Cape Cod style lends itself to an intimate and cozy layout and works particularly well for smaller families. The style can easily be adapted to add a garage to the side and even additions on the side or rear without interrupting the aesthetic style. Larger dormers can be designed on the upper level for more head room and/or storage space.

Example of a Cape Cod Home:

This charming home in Martha’s Vineyard, Massachusetts has classic Cape Cod style architectural details. The symmetric front of the home has the quintessential central door flanked by shuttered windows and evenly placed dormers on its shingled, pitched roof. A modern addition to the traditional Cape Cod style are the matching wings that expand the first-floor square footage. One wing holds the large master suite while the other is open to the central part of the home and contains the great room.  A neutral color palette is used both inside and out to keep the home feeling light and airy. Greek Revival architecture is an international style that first appeared in the 1820’s and was popularized in America during the 1830’s and 40’s, right up to the start of the Civil War. American builders during this time were drawn to the Greek Revival style due to its connections to the birthplace of democracy. It expressed the young country’s triumphant sense of destiny. Greek Revival style has had periods of resurgence since its height in popularity. These temple-fronted facades can be seen on churches, banks, town halls, and homes across the country.

Characteristics of a Greek Revival Home:

Greek Revival homes have very prominent exterior features. Thick, often white, columns flank the front entrance and support a porch that spans the width of the home. Some Greek Revival homes have also porches that wrap around the sides of the home and/or a second-story front porch. Roofs are typically low-pitched gable or hip roof, and it is common to see cornice lines embellished with a band of trim. Windows are typically tall and symmetrically placed across the facade. Building materials are commonly stucco, wood, and occasionally stone. They are often painted white or given a faux finish to resemble stone or marble.

Greek Revival homes are suitable for a range of home sizes and can be designed to fit into the suburbs just as well as they can on a large, sprawling estate. They tend to have a large footprint with grand, formal rooms, but can easily be adaptable to many different interior layouts. Multiple exits to the outside can be designed into a Greek Revival home, making it a great option for indoor/outdoor living.

Examples of a Greek Revival Home:

Built in the 1890’s and recently renovated, the Pillars is a three-story Greek Revival manse overlooking the hills of Hot Springs, Virginia. The home, of course, has the classic pillars and grand front porch, perfect for sipping cocktails and watching fireflies in an old fashioned rocking chair. The thoughtfully restored interior has a classic layout with a central foyer holding a grand staircase leading to the second floor, where the home’s many bedrooms line the perimeters of a long hallway. The main floor is divided into separate large and formal rooms. The ranch home, sometimes called a rambler, is typically a single-story home with a long horizontal footprint. Often attributed to California architect Cliff Mays and made fashionable by Frank Lloyd Wright, the ranch home was popularized in the 1950’s. This postwar style celebrated the profusion of cheap land and the sprawling suburbs.

Characteristics of a Ranch Home:

The original style of the ranch was no-frills and basic. Ranch homes embraced a less-formal lifestyle and encouraged open and free-flowing floor plans. Ranches are usually one-story, but there is also a ‘raised ranch’ which is a two-story adaptation with a finished basement. Standard features include a long, low roofline and simple, open layouts. As ranches became more common they increasingly incorporated with more dramatic features such as varying roof lines and cathedral ceilings, but the basic premise remains the same.

Ranches are typically rectangular, L-shaped, or U-shaped. The long horizontal structure allows for easy connection to the outdoors, and most rooms have a view of both the front and the back of the home. The long layout of the ranch also allows for an easy division between living and sleeping spaces. And because of the structure of a ranch home, future additions are often fairly simple.

Example of a Ranch Home:

The Houl, a single story ranch house in Dalry, Castle Douglas, Scotland and designed by Simon Winstanley Architects, is a great example of the benefits and versatility of a ranch home. The contemporary single story home is recessive in the landscape. All principal rooms are situated along the open side of the home to enjoy the spectacular views; ancillary rooms are located on the back side. It has an open floor plan on one-half with a kitchen, living, and dining space set along floor-to-ceiling windows. Private rooms are located along a corridor in the other half of the home. This award winning home is also net ‘zero carbon.’ 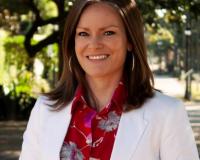 JD is a 15 year resident of the MS Gulf Coast. Originally from Bastrop, Louisiana, JD attended college at the University of Louisiana Monroe and Louisiana Tech University, receiving bachelor’s and m....

Tips And Tricks On Working From Home

Working from the home office affords many benefits to increase performance, business continuity, and achieve greater work-life balance.Although working from home was once a luxury, it is now a

Why the Stock Market Correction Probably Won’t Impact Home ValuesWith the housing crash of 2006-2008 still visible in the rear-view mirror, many are concerned the current correction in the stock

Family Friendly And Close To Schools

Information is deemed to be reliable, but is not guaranteed. © 2020 MLS and FBS. Prepared by Mississippi Gulf Coast MLS on March 31, 2020 6:36 AM . The information on this sheet has been made available by the MLS and may not be the listing of the provider. 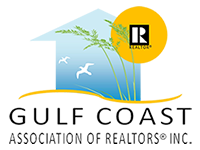